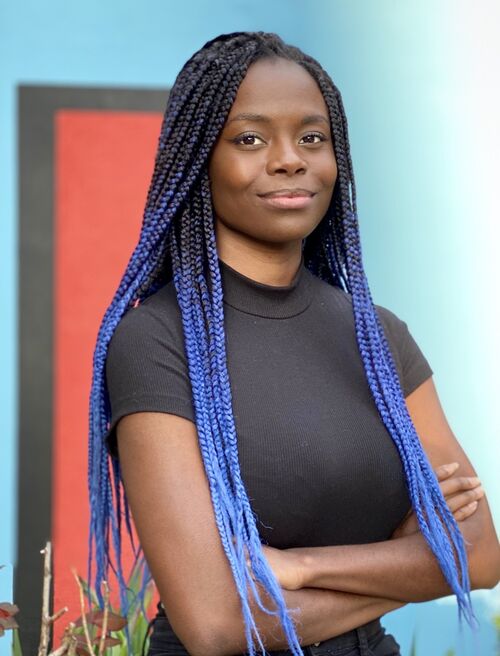 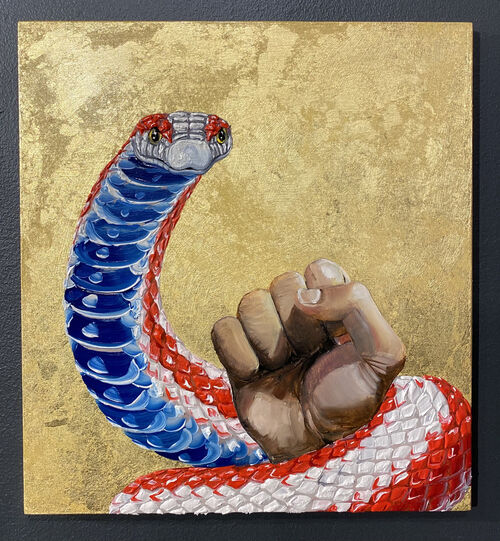 Relations between artists and collectors have always been fraught, founded on imbalances of access, supply, capital, cultural cachet, and power. But debates over those imbalances rarely spilled into public view before the 1970s, when the market for contemporary art started to grow astronomically.

From the shoving match between Robert Rauschenberg and collector Robert C. Scull following the infamous 1973 auction of works from his collection, to the 2019 decision by David Teiger’s heirs to sell a Dana Schutz painting he’d reportedly promised to the Museum of Modern Art at auction—for a 132-fold return on investment—arguments about artists’ bargaining power and collectors’ responsibilities rage on. Those debates have only become more contentious as the market has increasingly sought out and in some instances speculated wildly on the work of artists of color, even amid persistent racism and inequity within the art world. The curator, art advisor, and gallerist Destinee Ross-Sutton is trying to correct some of these imbalances by empowering artists and holding collectors accountable—or at least making them think before flipping. 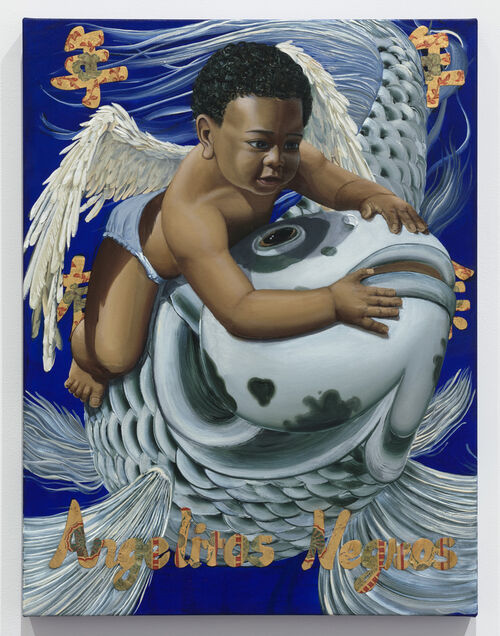 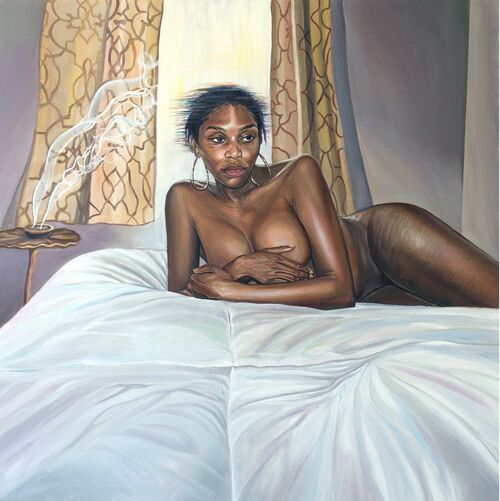 “People are more self-aware about their role in the world and how their actions can be seen,” Ross-Sutton said during a recent interview. “The artist is able to come out and say these things now, and suddenly the spotlight is on this person who flipped their work. It’s not a comfortable position to be in; I think it should be even less comfortable than it is.”

Ross-Sutton has taken an activist approach to dissuading collectors from flipping in part because, as a curator and dealer, she works primarily with young Black artists who historically have had even less agency in the market than their more established white colleagues. At just 25 years old, her rise as an art world power player has been as dramatic as the surge in demand for the artists with whom she works. And yet this is, in a way, her second career.

“I went into journalism thinking ‘I’m gonna change this,’ and then once I got into it, you have to play by the rules, you have to do these steps and things that kind of chip away at your resolve,” she recalled. “That’s why I turned to art, because when things in the world start to fall apart, we turn to different forms of art to remind ourselves of why we deserve to thrive, beyond just surviving another day—art reminds us of our humanity.” 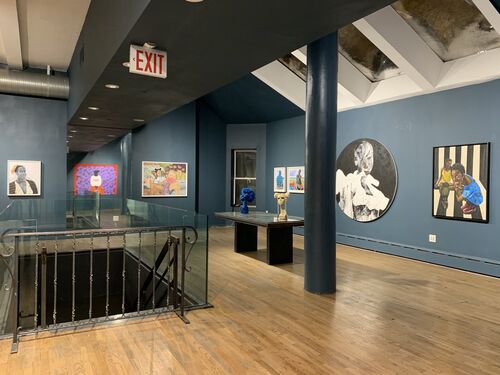 Installation view of “BLACK VOICES: Friend of My Mind” at Ross-Sutton Gallery, 2020. Courtesy of Destinee Ross-Sutton.

The love of art wasn’t her only motivation for transitioning from journalism to curation. She also wanted to show others that it could be done. “Another part of why I did it was to reach out to young Black kids, especially young Black girls, and show them this girl born and raised in Harlem is able to help as many people, as many artists across the world, and this is something that you can do—this is something that is in your realm of possibility,” she said.

After a stint at Brooklyn’s Museum of Contemporary African and Diasporan Arts (MoCADA), Ross-Sutton curated “Black Voices/Black Microcosm” at Stockholm’s CFHILL last spring, which featured works by 31 artsts including Cassi Namoda, Otis Kwame Kye Quaicoe, and Amoako Boafo. That summer, she worked with Christie’s to curate the selling exhibition “Say It Loud” featuring works by 22 Black artists. For that show, she developed a contract collectors had to sign when buying works, pledging not to resell them for five years, requiring them to give artists right of first refusal if they decided to sell, and in the case of a sale, giving 15 percent of the upside to the artist. 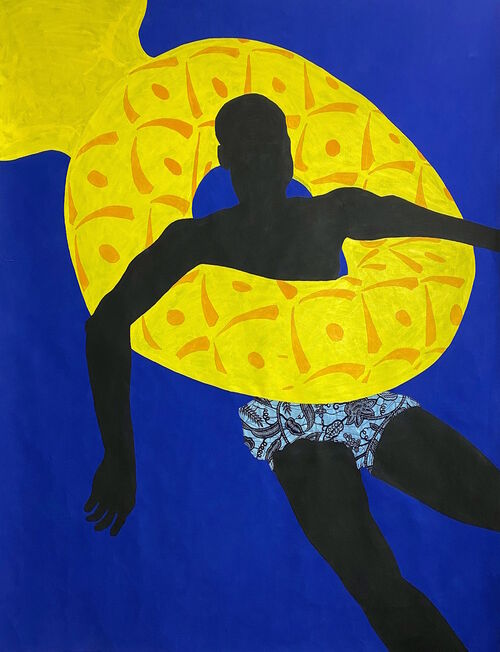 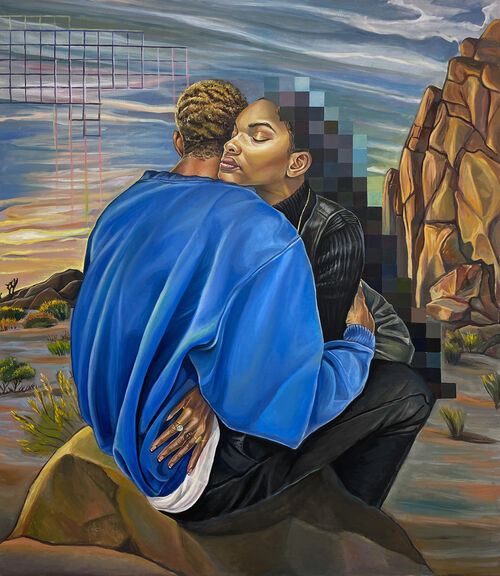 Unto a Space of new possibility, 2020.
Lanise Howard
Ross-Sutton Gallery

And then last month, she opened her own space, Ross-Sutton Gallery, with “Black Voices: Friend of My Mind,” taking over a vast storefront in Manhattan’s SoHo district (the in-person show closed January 14th, but it continues on Artsy through March 2nd). That show features works by 40 artists including Boafo, Vanessa German, Adegboyega Adesina, Marcellina Akpojotor, Johnson Eziefula, and Jon Key. Once again, any collector making a purchase is required to sign the same contract, now dubbed the “Ross-Sutton Agreement.”

“The contracts aren’t really there to completely stop people from doing anything,” Ross-Sutton explained. “It’s supposed to get people to think. It’s supposed to empower the artists into realizing, ‘Hey, this is possible, I can demand these things, too.’ And that goes beyond Black artists—it applies to women artists, queer artists, whoever is at risk of being taken advantage of by people with money.” 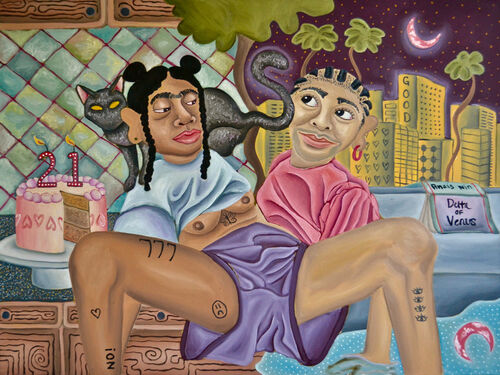 To be sure, Ross-Sutton’s collector contract is not the first of its kind. Most famously, in 1971, dealer Seth Siegelaub and attorney Robert Projansky developed “The Artist’s Reserved Rights Transfer and Sale Agreement,” which seeks to empower artists in their interactions with collectors and includes the same 15 percent resale provision. In addition, some jurisdictions require that resale royalties be paid to artists whenever their work trades hands at auction, although such measures have struggled to gain traction in the United States. But at a moment when the art world is under ever greater scrutiny, and new generations of collectors are expecting more transparency and ethical behavior from the businesses they patronize, measures like the Ross-Sutton Agreement could be harbingers of a sea change in what practices are considered socially acceptable in the art market.

“You can’t legally change someone’s personal opinion, it has to be a gradual social effect,” Ross-Sutton said, explaining how the current system enables these inequitable collecting practices. “Legally, there are little to no protections for the artists. But if we want to change that, if we want there to be accountability, we have to make it so that there’s social accountability—that always has a heavier weight than law.” 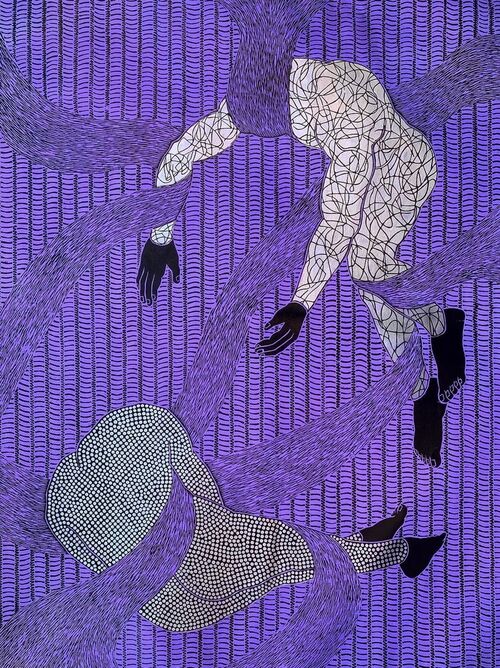 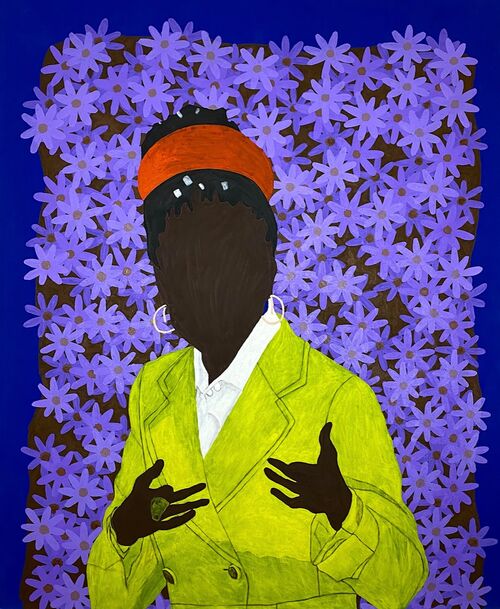 For now, Ross-Sutton is plotting her next projects following “Black Voices,” and still brokering big deals. On Wednesday, she revealed that a portrait painting by Ghanaian artist Raphael Adjetey Adjei Mayne of Amanda Gorman, the poet who performed at President Joe Biden’s inauguration, had been donated to Harvard University by Amar Singh, the Indian royal, champion of LGBTQ rights, and gallerist. Singh had just acquired the brand-new painting from Ross-Sutton. The acquisition speaks to the care she takes in placing young artists’ works with collectors who have close ties to important institutions, and her focus on making her gallery an example others can look to for imagining a more equitable art world.

“I see it as a place that continues to focus on remodeling the relationships between gallerist and artists, and buyers and artists,” she said, “to make people more aware of how we operate in the world, how our actions affect others, and how we can work just a little bit harder to make someone’s life that much better.”