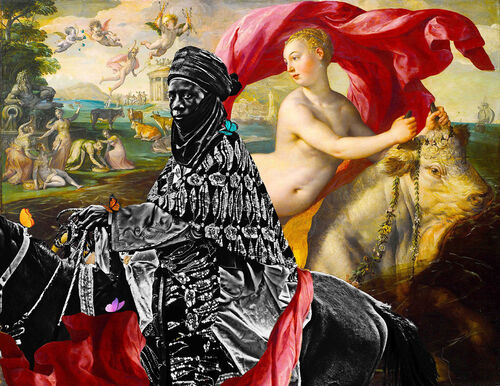 In the past year, long-simmering conversations about structural racism in the art world came to a boil amid international protests against police brutality and calls for racial equity and justice. The conversations were not wholly new, but they had fresh urgency. Among the enduring power imbalances highlighted was the underrepresentation of people of color in power broker and gatekeeper roles. Many called not only for more Black artists on gallery rosters and in museum collections, but also more Black dealers and curators in leadership positions. In recognition of the vital work being done by Black gallerists and in observance of Black History Month, we’re highlighting 10 standout shows at Black-owned galleries viewable on Artsy throughout the month.

Keris Salmon, “To Have and To Hold” 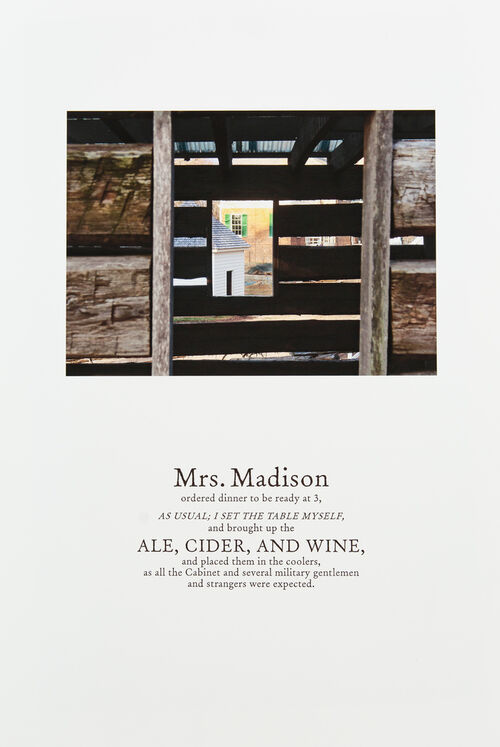 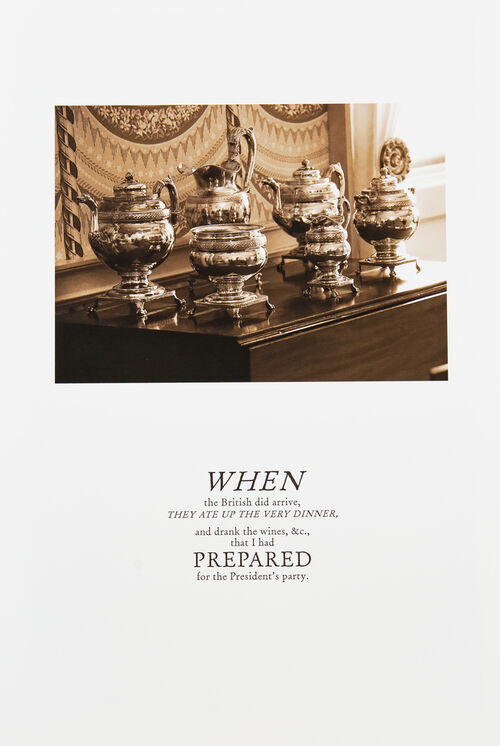 You can tell that artist Keris Salmon’s background is in journalism because of the incredible amount of research and detail packed into each of her works in this show. In a relatively concise format, she manages to unspool the entire machinery of slavery that built up the United States, its astronomical wealth, and many of its persistent crises. Each work pairs an architectural or landscape detail from a plantation house or slave cabin in the antebellum South with contemporaneous commentary by slave owners or enslaved people. The haunting juxtapositions convey the everydayness of a system we now consider abhorrent but whose innumerable and insidious effects we still suffer.

Tiffanie Delune and Kaye Freeman, “In the Midst of All That Is” 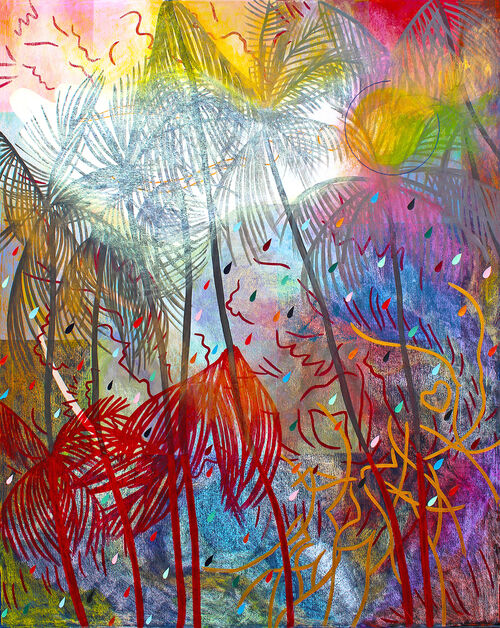 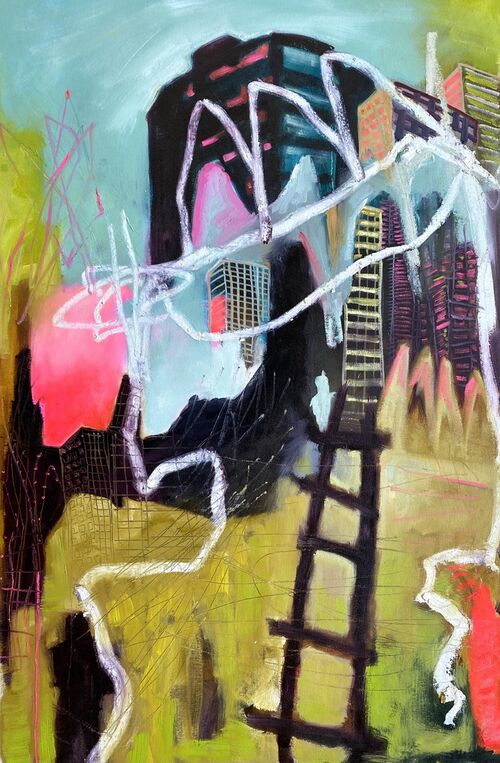 Situation on 9th and Figueroa, 2019.
Kaye Freeman
Band of Vices

As the title of their joint exhibition intimates, in the midst of all that has happened over the past year—from the pandemic to the many social and economic hardships that have accompanied it—Tiffanie Delune and Kaye Freeman have sought escape through their vibrantly colorful and dynamic painting practices. For Delune, this has meant dazzling mixed-media compositions in which figures dance and float through riotous landscapes of color and form. In Freeman’s work, it’s the landscape itself—the built environment of Los Angeles specifically—that appears to dance as the grids of buildings, streets, wires, and cranes torque, twist, and vibrate.

“The Fact of Blackness” 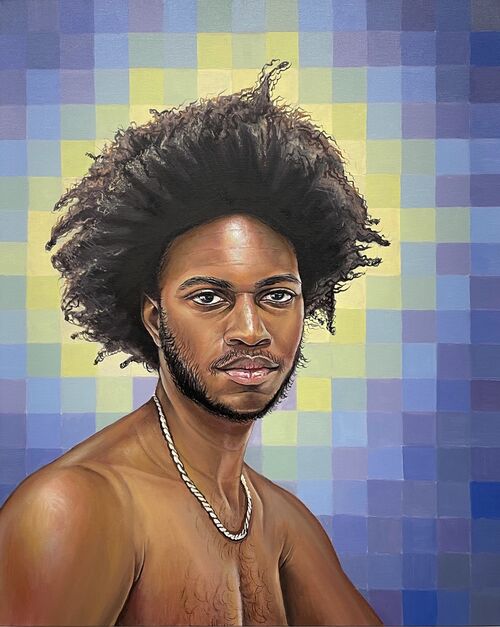 The SON; descended from the SUN , 2021.
Lanise Howard
Dominique Gallery 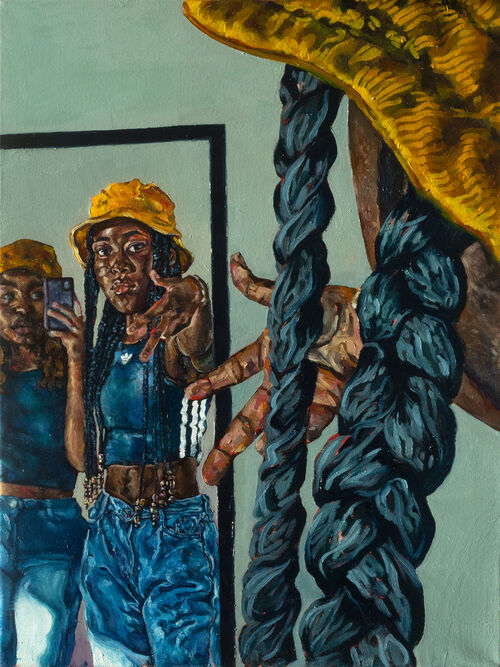 The artists in this group show explore ideas rooted in race and identity that resonate with the Frantz Fanon essay after which the exhibition is titled, in which the philosopher recounted the experience of being singled out by the white gaze for his skin color and “put together again by another self.” In this exhibition guest-curated by art consultant Jasmine McNeal, some artists visualize this process of piecing identities together literally, like Roger Allan Cleaves’s mixed-media collages. Others focus on the tension between how people of color represent themselves and how they are perceived by a systemically racist dominant culture, as seen in rich portraits by Lanise Howard and Steve A. Prince. 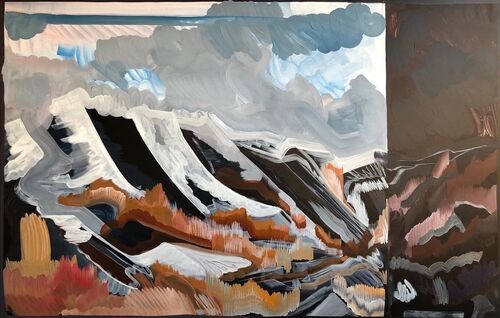 In the midst of the pandemic and the protests against racial violence that rocked the United States last spring and summer, the artist Alexander Richard-Wilson moved from Chicago to Denver. In his adoptive hometown—which was, in turn, beset by catastrophic wildfires—he began to see a connection between the ways Black people and the natural environment are treated in the U.S. That parallel is at the root of his debut solo show. His gestural paintings of mountainscapes in the midst of violent transformation speak to a collective sense of trauma, but also a need for rebirth and reconciliation.

“Stay Real Black for Me” 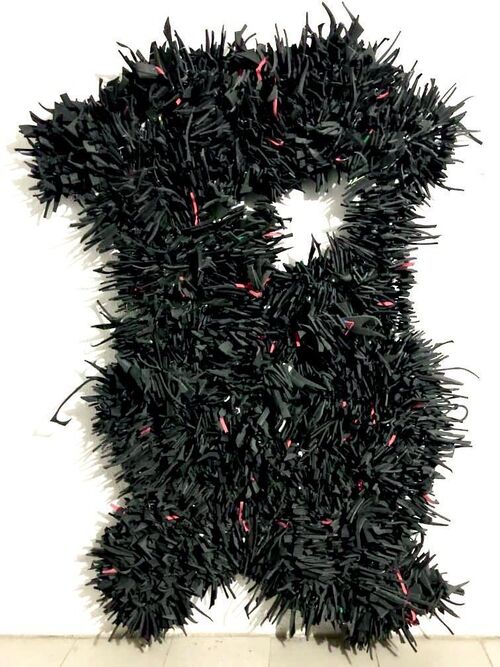 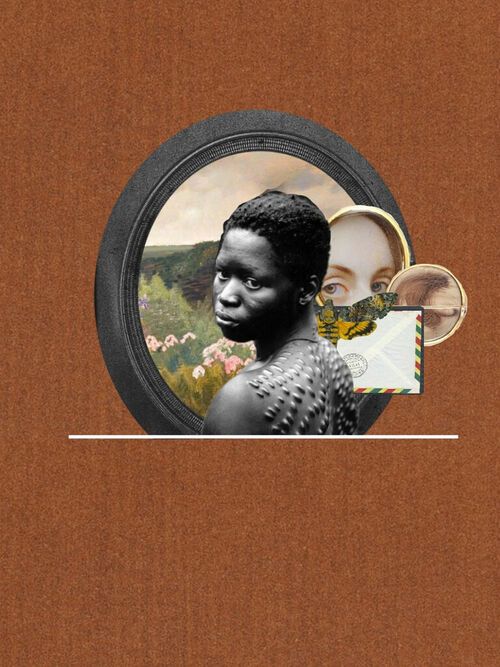 The Cuban-Haitian artist Na’ye Pérez titled his first solo show in New York after Zora Neale Hurston’s groundbreaking novel, and the works on view have a similarly powerful evocative quality. In brightly colorful mixed-media pieces that are reminiscent of Romare Bearden’s collages, Pérez renders everyday activities and scenes by incorporating remnants of those activities into his compositions, including candy wrappers, cigarette packs, and clippings from newspapers and magazines. The resulting works teem not only with color and life, but also textures, conveying the materiality of the scenes he renders, from a sidewalk barbecue to a woman braiding a child’s hair. 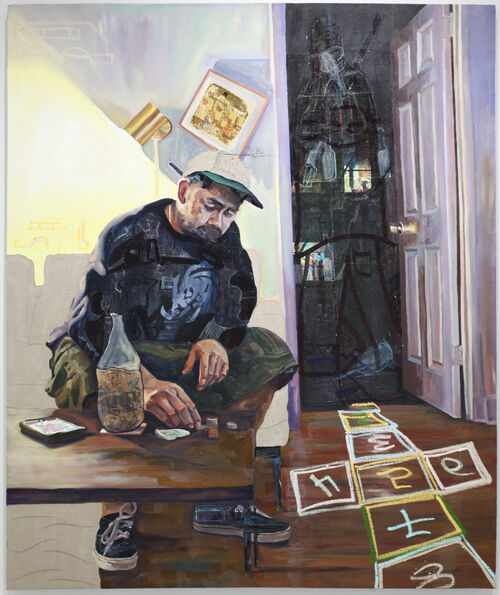 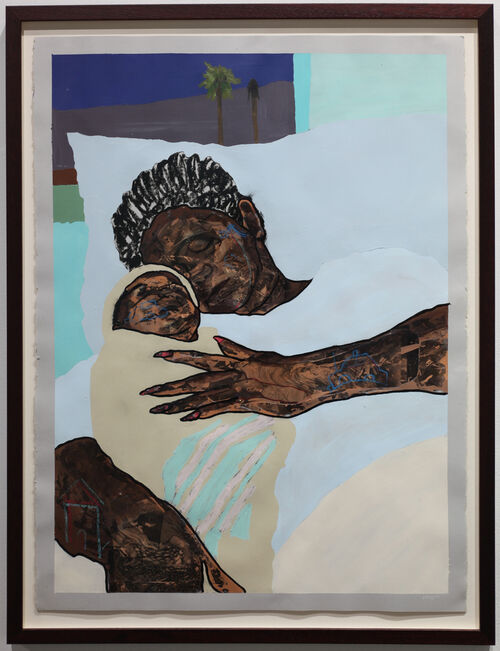 In the recent works on view in “Mi Orgullo” (Spanish for “my pride”), Elmer Guevara reflects on his parents’ journey from civil war in El Salvador to settling and adjusting to life in Los Angeles, and his own trajectory negotiating his hybrid identity. The works reflect this layering of generational experiences through the many different media and materials Guevara incorporates to render autobiographical scenes in vivid detail. Some works have a strong collage element, with figures made up of imagery cut and pasted to convey their inner lives, while other pieces have a more dominant painterly quality. In each case, though, he proves himself a gifted storyteller, imbuing each image with evocative textures and universal truths. 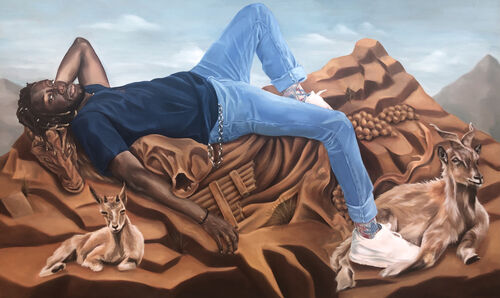 Each of the five artists in “dis/contented realities”—who hail from Cameroon, Nigeria, and the U.S.—take distinct approaches to figurative painting and specifically portraiture. Memphis native Kaylyn Webster, for instance, riffs on the iconography of the art historical canon, while the Nigerian painter Árá Deinde creates dramatic images where stylized figures are surrounded by popping and swirling geometric patterns and lines. Each of the featured artists takes novel and unique approaches to the human figure that foreground different facets of their identities and use of materials, from the Ankara fabrics in Sophia Azoige’s work and engrossing layers of detail in Samuel Dallé’s compositions to the quasi-Fauvist color experiments in Amarachi Odimba’s paintings. 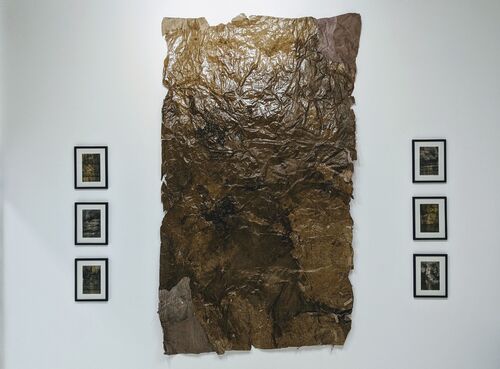 The three artists in “Contextual Exposure”—Ada Pinkston, Rebecca Marimutu, and Noél Puéllo—take very different approaches to how they render bodies, but each is interested in working with materials charged with meaning. In Puéllo’s case, clothing is fashioned from upcycled garments to reveal the processes of their making and fit gender-neutral bodies. Marimutu, meanwhile, creates unconventional photo portraits by using photosensitive Kraft paper as a kind of sculptural material that she refines and repairs due to its frailty. And Pinkston’s works on paper meld different printmaking techniques to form rich narratives with silhouettes and abstract forms.

Christopher Cook, “Am I Next?” 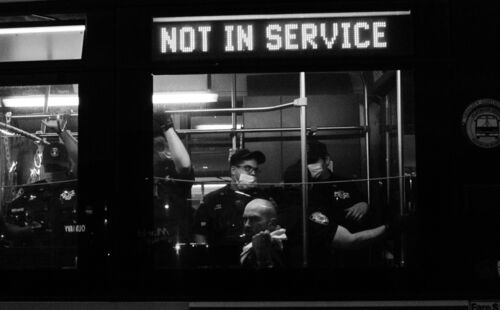 During the waves of protests against racist violence and in support of Black lives that swept the United States last summer, Brooklyn-based photographer Christopher Cook was on the scene in New York and Washington, D.C., camera in hand, capturing moments both iconic and overlooked. This exhibition brings together less than one-tenth of the enormous body of work Cook captured during the protests, showcasing standout images—some in color, some in black and white—from an unprecedented summer of anger, confrontation, communion, and jubilation.

PlayStation Sold Less Than 1 Million Consoles in Japan in 2020

I Took Photos At The Same Locations As My Dad 30 Years Ago To...